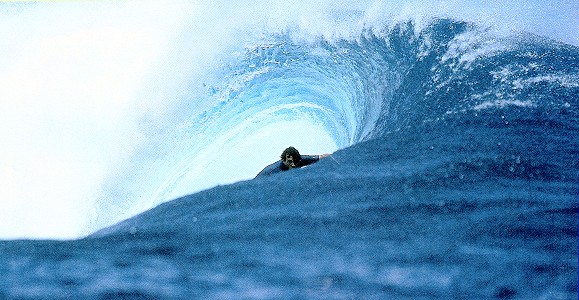 Cyrus Sutton: Another Day in the Life of Wayne Lynch - Korduroy Specials
https://www.youtube.com/watch?v=_HACRo3ZzEQ

Notes from a Personal Interview  : 10 March 2005.
The following notes are from a personal interview at a promotional appearance by Robert August, Wingnut and Wayne Lynch for SurftechSurfboards at the Natural Necessity Surf Shop, Gerringong NSW, 10 March 2005.
This was not the best of circumstances and the information was obtained with considerable difficulty.
Many thanks to Mr. Lynch for the information provided with remarkable good humour and honesty.
Any factual errors are mine.

Preliminary Notes
1. In the period up to 1960, surfboard riding was still largely centred around the Surf Life Saving Clubs.
2. The fibreglassed Malibu board was introduced to the public at the International Surf Life Saving Carnival, Torquay Beach, Victoria on 25th November 1956.
3. Pre-1967 all the surfboard manufacturers (and most surfers) were located in Melbourne and not on the Victorian coast.

Early Surfing - Lorne, Victoria.
A childhood fascination with the ocean  covered all surfing experiences - body surfing, Surf-o-planes, plywood belly boards and surfboards.
The limited family finances precluded the purchase of a board, but Wayne was able to borrow and ride many of the boards used by other Lorne surfers, such as  Geoff/Jeff Tune and Alan 'Squeeky' Clissold.
This was encouraged as he showed exceptional ability and dedication at this early age.
Originally ambidextrous, he questioned a class-mate and was advised to "put your right foot forward" - thus becoming a goofy-footer.

First Surfboard, 1962.
One of a bulk order of five, Wayne's first board was a solid balsa wood and fibreglass board supplied by Arthur Milner in Melbourne.
It was approximately 9 ft 6''.
Editor's Notes:
Although foam was making inroads into Australian manufacturing at this time, production difficulties encouraged some builders to stay with the proven product.
For  a similar example, see #24.
After 1956 Milner was the first Australian surfboard manufacturer to source balsa wood directly from South America and was the supplier to the Sydney manufacturers.
The restricted availability lead to the application of hollow board construction to the Malibu design - the Okinuee.

Second Surfboard, 1963.
A foam board with multi-stringers and nose and tail blocks, shaped by Max Gill at
Gill Surfboards, 106 - 108 Clarendon Street South  Melbourne   Victoria.
First Contest Win, 1963.
Wayne travelled to Phillip Island with a group of Lorne surfers for a contest conducted by the Surf Life Saving Club.
To the consternation of the officials, he won the Open event at age 11.
Apart from beating surfers who were significantly older than him, this was an administrative nightmare because at this age he was ineligible for SLSC membership.
As a compromise he awarded the trophy for "Wave of the Day".

Surfing the Australian Coast, 1962 - 1967.
An obvious talent, Wayne was mentored by many older surfers and travelled extensively.
As well as the previously noted Geoff/Jeff Tune and Alan 'Squeeky' Clissold from Lorne, Victoria's top surfer, Rod Brooks was a significant supporter.
As most recognised surfers of the day were natural-footers (and most Victorian breaks righthanders) John Monie, a goofy-foot from NSW's Central Coast,  was a major influence.
By 1967 Wayne had amassed a wealth of surfing experience from South Australia to Queensland, and by this time had ridden most of the recognised breaks and been exposed to the cream of Australian surfing talent.
First Personally Shaped Board, 1967. Image below.
7 ft x 23 inches @ 12 inches   Nose 17 inches. Tail 17 3/4 inches
Vee bottom design, shaped and glassed at Fred Pyke Surfboards, Torquay - the first of the Victorian manufacturers to re-locate to the coast.
A variation on the standard Vee-bottom Stubby design by Farrelly-McTavish of the period (for example see #168 and following entries) it featured an extensive vee bottom, wide tail with accented corners and a small square
tail (3''?) - obscured in the photograph by the grass.
The design was intended to greatly accent the vertical manoeuvrability of the board (as later articulated by Bob McTavish in his 1967-8 article "LADIES AND GENTLEMEN AND CHILDREN OF THE SUN.."
An unusal feature is the laminated fin box where the fin is fixed by a cardboard or paper wedges.
The red fin (as shown) is the second fin used in the board. The original one was, not unsurprisingly, lost.
The Jimi Hendrix influenced art work by Simon Buttershaw was added to the board at a later date..

Two noted boards were shaped by Wayne at the Adelaide factory...
Board 1 was ridden at the 1968 Bells Beach contest (Junior, First place)...

However due to the lightweight construction (and heavy use?) the board deteriorated quickly and was replaced by Board 2, also shaped by Wayne at the Adelaide factory.
This board became renowned for Wayne Lynch's performance in the opening sequences of Paul Witzig's Evolution - Autumn in Victoria, shot at  Bells Beach, Southside and Lorne.
Australian Titles, Sydney, 1968. The bulk of Evolution documented surfing by Wayne Lynch (and Ted Spencer and Nat Young) in Europe, North Africa, the 1968 World Contest in Puerto Rico, South Australia and 1969 Australian Titles at Margret River, Western Australia.
Wayne noted that...
1. This was a period of rapid advances in board design (the film shows him riding eight different boards).
2. The 1968 contest was a marvellous international mix of styles and designs.
3. Contests in this era were firmly focused on big wave performance.
4. While Australian surfers were probably the most advanced in small waves, the Hawaiians, for example Joey Cabell, set the benchmark in surf over 10 feet.
Returning to Australia via Hawaii, this was further demonstrated by performance of the then little-known Barry Kanaiaupuni.
Wayne Lynch production models for John Arnold Surfboards were shaped by in-house by the very skilled Wayne Dale, Sig Kwiatkowski and later, Kym Thompson. For an example, circa 1969, see #103 below.
Despite this board having the pencil markings : "Wayne Lynch   7' 9"   1007",  Wayne indicated that this does not confirm that this board was shaped by himself. 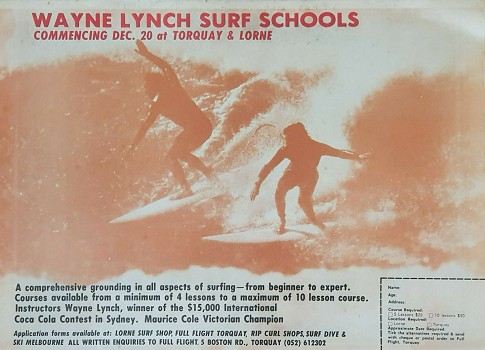 Other memorable Coke match-ups include the Larry Blair/Wayne Lynch tube-duel final in 1978 - listed by Surfer magazine in 1999 as one of the Top Five Greatest Surf Contests.

At this point the group were preparing to head north, hoping to surf that afternoon at The Farm.
A few brief comments were able to be squeezed in....
Twin Fins - no interest and no experience of this design.
Leg Ropes - major impact on crowds and facilitated development of much lighter boards.
Tinkler Tails - interesting development, used Tri Fin model.
Simon Anderson's Thruster - saw an early (1980?) Energy Thruster model owned by  Victorian surfer, Warren Powell who rode it to sixth place at the 1981 Pro-Junior (10 -11th and 17 -18th January, Narrabeen).
Warren Powell competed at Bells 1981 with fellow Lorne surfer, Wayne Lynch, in a Legends vs. The World demonstration event.
Wayne was impressed enough to order three boards from Simon Anderson.
Previous experience with early 1970's Tri Fin designs indicated the potential of Simon's fin set-up (note Tinkler Tail comments).
Wayne Lynch Evolution Surfboards 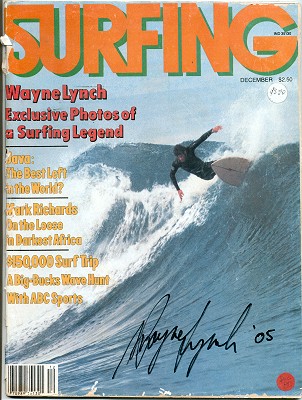 Surfing Volume 16 Number 12 December 1980
Photograph by Aaron Chang.
The photographs were "exclusive" because Wayne refused
to allow photographers to document and publicly expose these locations.

There is probably not much i can tell you about this board, apart from that the original Wayne Lynch Involvment surfboard circa '67 is most probably 1968-1969.

In early 1968, Wayne Lynch secured sponsorship from John Arnold Surfboards (and O'Neill Wetsuits) in Adelaide where the Wayne Lynch Involvment (note the incorrect spelling) model was produced from 1968 to 1971.

The boards were available, according to magazine advertising, in "All states of Australia -  East and West coast USA - England - France."
The photograph of Wayne Lynch carving it up during the Shortboard Revolution , by Leroy Grannis, is taken during the heats of the 1968 World  Contest, held at Domes, Puerto Rico.
The Early Wayne Lynch Involvment ad, is  from Surf International  Volume 1 Number 9  page 3,  January 1969, the photograph probably by John Witzig and taken early in 1968, also note the fin has been replaced or otherwise adjusted.

Unfortunately, the pencil markings, W. Lynch   8' 93"   952, do not confirm that the board was, in fact, shaped by Wayne.
The early Wayne Lynch production models for John Arnold Surfboards were shaped by in-house by "the very skilled" Wayne Dale and Sig Kwiatkowski.
Wayne noted that while boards of this period regularly have pencil markings with his name, these does not confirm that a board was shaped by himself. (Wayne Lynch personal interview, Gerringong NSW, 10 March 2005).
The non-period (five years two early) resin leash loop was most likely added at the time of the refurbisment-restoration, that very wisely left the patina.
Fin systems have always been part of surfboard evolution, and this is an example of one of the first widely available designs, in this case either a Waveset or a Safeset fin, with the brand name usually molded on the fin base and inside the box.